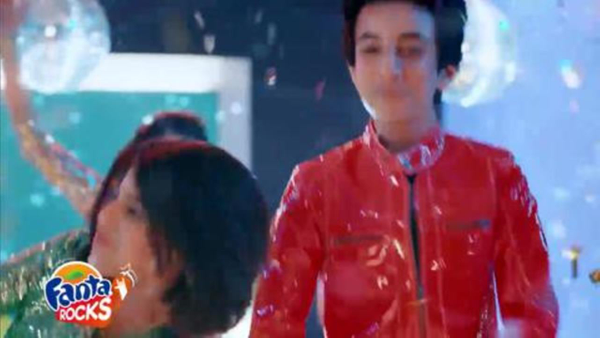 Pakistan has leveraged the Teen passion point of Music in a fun and playful way through the Fanta Rocks platform. In its second season, Fanta Rocks brought Music and Play together through a partnership with True Brew Records, and gave Teens a chance to become rock stars by creating their own Fanta Rocks music video.
In the spirit of Play, the campaign called out to Tweens to create more Play in their lives and become Fanta Rock Stars. The journey started with the Fanta Rocks team visiting schools and colleges across the country for auditions and fun-filled activities. Auditions were also received on Radio, Facebook and Mobile. Hundreds of auditions were then reviewed by and 5 potential Rock Stars were shortlisted. The 5 finalists then got a chance to receive mentoring from Jimmy Khan – a budding musician – and a chance to perform in a one-of-a-kind experiential video. The final Fanta Rocks video was recorded at the state-of-the-art rocking and playful zone – “Fanta Rocks Station”.
Rizwan U. Khan, General Manager, The Export Corporation, Pakistan & Afghanistan, speaking about the Campaign said, “Society sees teenage Play as a frivolous activity – something that can and should be set aside for other important things. But Play matters. With the help of Fanta Rocks, we want to create more Play in the lives of Pakistani teens. We want the youth to channel their creativity and talent into something which is not only very positive, but also enables them to share their output with those around them. We are confident that Fanta Rocks is a platform that gives Pakistani Teens an experience of a lifetime.”
Fanta Rocks engaged audience through Digital, TV, Out-of-Home, Radio, On-ground and PR. Fanta touched 7 schools in major cities across Pakistan. There was a strong focus on leveraging digital media  within the IMC, where Teens could witness the journey right from the audition phase, to shortlisting of finalists and eventually, to the making of the final Fanta Rocks video.
The song is being amplified digital and mobile platforms like Facebook, Vimeo, Twitter and LINE messenger to generate conversations. In two days the song has received more than 40,000 views. Furthermore, it is also getting airtime across top 14 TV channels where audience is being diverted to the Facebook page to view more content from Fanta Rocks.
While the Fanta Rocks journey culminates with a Fanta Rocks music video and amplification across various media, the fun experience that Teens go through during this journey is helping create more Play in our the lives of Pakistani Teens.
Related Items